The Hub of Culture Mixed With Business And Economy, Downtown Vancouver Is Where You Should Be!

Here’s a look at an amazing property nestled in Downtown Vancouver bustling with energy and passion round the clock. One look at this place and you will never ever want to live anywhere else. We promise you, it’s that good.

Life in a metropolitan can be very intriguing and is often seen as the way to move forward as we strive to take that next step towards achieving the next level. Here is a jaw dropping opportunity to invest in creating an amazing life in the commercial, financial, cultural and entertainment centre of the city.

A beautiful one-bedroom condo with your very own parking and locker is available in the heart of downtown and high rents. Although the location of the property sells itself, the upgrades and maintenance work it underwent last year make it a compulsive buy. The feel of real hardwood flooring touching against the sole of your feet as you lay eyes on the freshly painted interiors are sure to send a wave of positivity through you. The kitchen, simply adding to class and graceful essence of the space with its granite slab countertops, porcelain tiles, stainless steel sink with attached chrome faucet pull-out spray, stainless steel appliances & In-suite laundry is a truly a treat. 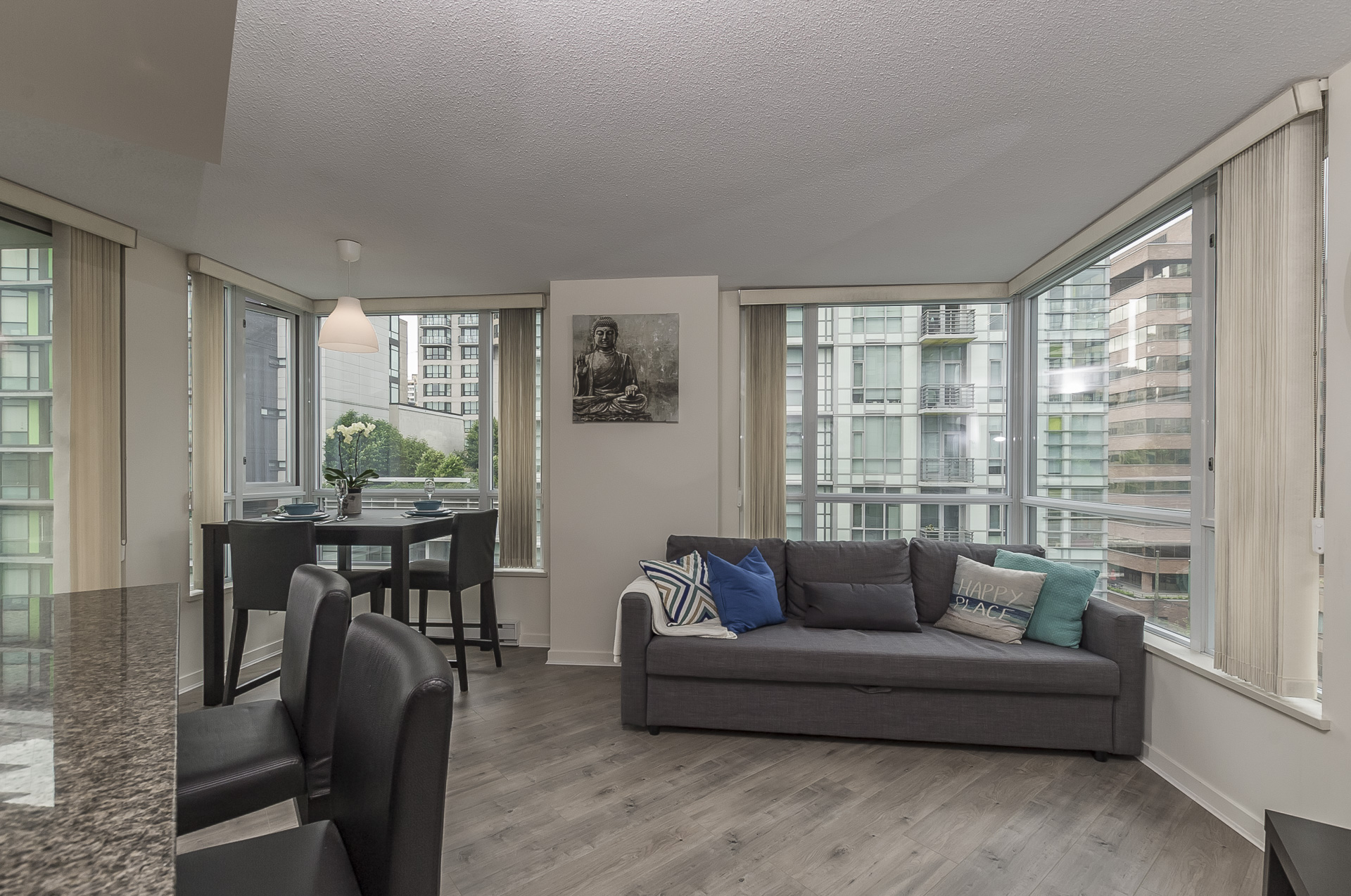 The huge windows ensure that you wake-up to a glistening home filled with natural light and a functional layout with a 180-degree view. A peninsula, the access to Downtown falls upon four bridges that connects the world to its vibrant community. With close proximity to two of these, namely, the Burrard Street Bridge and the Granville Street Bridge, the condo also offers mesmerizing views of the Granville island and the North Shore mountains.

With the friendliest people ever and a society that believes in the growing together while respecting appropriate personal space and too many things to do, the location of the property is close to many of the main attractions of the city. Besides the readily identifiable office towers of the financial and central business district, the property stands very close to neighbourhoods in the form of high-rise apartment and condominiums in Yaletown.

Perfect for young adults, the condo is just steps away from the city's primary urban retail and nightlife district after the evening rush hour known simply as the Granville Entertainment District.  It contains countless bars, dance clubs, venues, restaurants, hotels, and shops with neon lights and a particularly urban gritty vibe are open daily until late into the night and extend to the wee hours of morning on weekends.

The place doesn’t disappoint sport lovers either as it is home to two major sporting facilities. Home ground to the Vancouver Grizzlies, Rogers Arena also known as the Hockey Place of Canada, has hosted many notable events and tournaments like the UFC. The other is the BC place, an indoor structure with an air supported roof, the largest of its kind in the world upon its opening. Following the 2010 Winter Olympics, it was closed for 16 months as part of an extensive revitalization, the centrepiece of which was replacing the inflatable roof with a retractable roof supported by cables. Once construction was completed, the stadium's new roof was also the largest of its type.

The life of the cities deep rooted rich culture is brought to life and preserved as the community learns more about its past. Each year buildings that were previously unknown or overlooked are nominated for inclusion on the Heritage Register. The register is the way city staff and the public keep track of building of heritage value. Buildings are graded depending on their architectural, historical or contextual value, and some are "protected" through heritage designation. Within the downtown core there are many landmark buildings, including places like The Hotel Vancouver (1929-1939), The Marine Building, (1930), Christ Church and Cathedral (1889-1895). 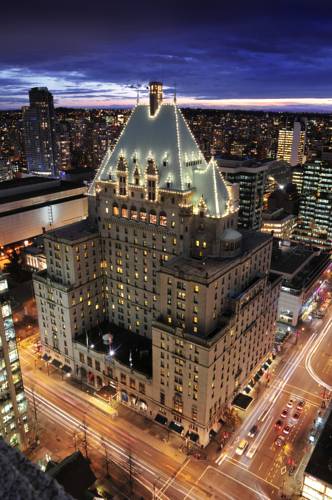 What’s more? You need not ask.

Embraced by the mountains to the North and the Pacific Ocean to the West, the locality also cherishes its proximity to nature. Leave the hustle and bustle of the crowded city behind and embark on an adventure into the wild. Various activities and tours like renting a bike and hiking can be indulged into in order to get one with the rugged landscapes and majestic colours that reign over British Columbia.

The Vancouver coastline is also something to be explored as its glory and beauty are only exceeded by the amount of composure and serenity it fills you with. Starting from the heart of downtown, the best way to experience the magnificent waters of Vancouver is by renting your very own speed boat for you and your friends. You are free to explore more than 250 square kilometres of waters around downtown Vancouver, Bowen Island or Indian Arm where you can catch glimpses of seals, bald eagles and explore the waterfalls.

Make your way to Palm Rocks in Howe Sound where you will find a large colony of harbour seals playing and lounging on the rocks. Want to stop for a picturesque picnic? Dock your boat in the public marina at Snug Cove on Bowen Island and explore the nature trails or sprawl out at the coast with a picnic. Want to explore some waterfalls? Motor your way under the iconic Lions Gate bridge, past the stunning downtown Vancouver skyline and up the mountain fjords of Indian Arm to the Granite Waterfalls, where you can park up and explore the falls.

Finish up your adventure with a well-deserved ice cream from the many picturesque marinas on your way back to Granville Island.

With so much to offer and its ability to be a defining point for the rest of your life, this deal is a complete steal. So, hurry and join us on open day as this one won’t last very long.

Want to have a chat about the property or about your buying or selling needs?

Book an appointment today with Mr. Hani Faraj and be relieved of any stress.